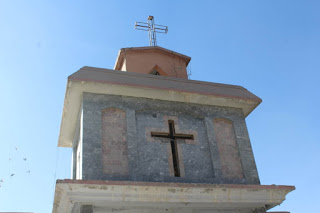 According to The Union of Catholic Asia News (UCAN), three Christians in Pakistan’s Sahiwal district were attacked and severely injured by a mob of enraged Muslims on February 2. The mob reportedly attacked the Christians because they were constructing a new church.

Azeem Gulzar, age 25, donated a 550-square-foot plot of land to be used to construct a church for the village’s 150 Christians. However, the planned construction of the church enraged local Muslims, especially Muhammad Laiqat, a Muslim school teacher who owns the neighboring plot.

According to UCAN, the attack happened after the Christian community won permission to build the church from the District Coordinator of Sahiwal. Local Muslims, however, claim that they successfully secured an injunction against the construction of the church from a local court.

On February 2, Gulzar, his younger brother Waseem, and his uncle, began constructing a wall and door on the disputed plot. That night, a mob of approximately 15 Muslims came and attempted to tear down the construction. When the Christians tried to intervene, Gulzar and his younger brother were shot and their uncle was attacked with an ax.

All three Christians were hospitalized with severe injuries following the attack. According to UCAN, Gulzar is now paralyzed from the shoulder down after he was shot in the head during the February 2 dispute.

Christians face severe discrimination and persecution in Pakistan. According Open Doors USA, Pakistan is ranked the fifth most dangerous country in the world for Christians.