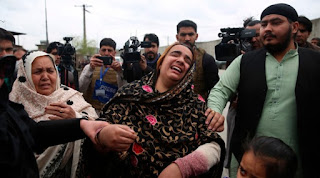 Before 2011 there were 3000 Sikh living in Bada, KPK-Pakistan but then they were asked to Pay “JAZIA” (Life tax imposed on Non-muslims in an Islamic state).Then Islamic groups started killing them. They had to flee and leave everything behind. Now not even a single Sikh live there.