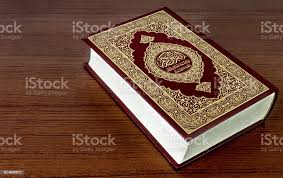 Islamic studies are compolusary subjects to pass to get a degree. Now Reading Quran also made compulsory in universities of Pakistan.

Punjab Governor Chaudhry Mohammad Sarwar has made it compulsory for students to read the Holy Quran with Urdu translation for fulfillment of a degree in all universities across the province.

According to a notification issued by the Governor’s House on Sunday, no university in Punjab will award a degree unless a student has attended the required ‘Quran with translation’ classes.The governor, as chancellor of universities, in consultation with all of the province’s vice chancellors, announced the decision to make compulsory the study of Quran with Urdu translation in the universities.Lecturers in all the universities of Punjab will recite the Quran to the students and it will be mandatory for the students to attend these lectures. The Quran syllabus will be taught in universities in addition to the Islamic studies courses.The governor stated that Quran is the source of real guidance for Muslims. “Only by following the teachings of the Quran can the world be improved. It is vital for Muslim students to understand religion and protect themselves from extremism and bigotry.”He revealed that a seven-member committee, headed by Punjab University (PU) Vice Chancellor Dr Niaz Akhtar, had been formed to implement the decision.