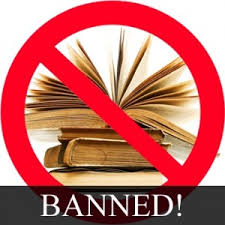 Managing Director Punjab Textbook Board Rai Manzoor Hussain who had banned 100 books taught in private schools in the province for carrying ‘blasphemous’ and ‘anti-Pakistan’ content is being questioned for his perceived hypocrisy on Twitter for ‘liking’ a pornographic video.

The official had proudly announced on social media that he was the one behind the banning of 100 books in Punjab.

Anti-Islam and Anti-Pakistan 100 books of private schools banned today by me. Please watch me live on TV BOL at 11.30 pm tonight.

On Friday, the Punjab Curriculum Textbook Board banned at least 100 books being taught in private schools over ‘anti-national’ and ‘blasphemous’ content/

Nasir told reporters that the books that were banned contained texts printed by 31 publishers, including Oxford and Cambridge.

The PCTB MD said that the District Education Authorities (DEAs) across Punjab will visit private schools to check if these books were still being taught. He said FIRs would be registered against the publishers for violations under the provisions of the Punjab Curriculum and Textbook Board Act 2015.