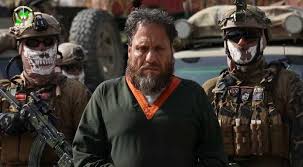 The Afghan intelligence agency National Directorate of Security (NDS) in a statement confirmed his arrest and said he has been arrested along with 20 other members of the ISKP.

Aslam’s original name is Abdullah Urakzai and is from the tribal area of Pakistan’s Khyber Pakhtunkhwa province.

In the release, NDS said Aslam Farooq had links with Pakistan based terror networks like Lashkar-e-Taiba and Haqqani network.

India’s National Investigation Agency (NIA) registered a case in the attack in which one Indian national Tian Singh of Greater Kailash of Delhi died.

This is the first time that NIA registered a case in an attack which took place outside India. According to recent amendments in NIA Act, NIA has the power to investigate terror cases which are committed at “any place outside India against the Indian Citizens or affecting the interest of India”, said a government release.