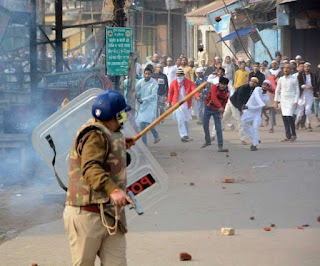 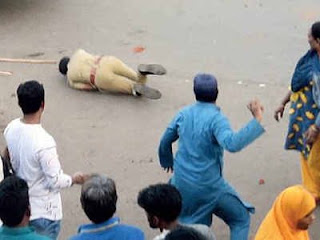 “The Citizenship Amendment Act allows for the fast-tracking of applications from religious minorities including Hindus and Sikhs from Pakistan, Afghanistan and Bangladesh, but not Muslims,” says Gulf News.

“Racism”? “Islamophobia”? No. Religious minorities are persecuted in Pakistan, Afghanistan and Bangladesh. Muslims aren’t. Why can’t India offer save haven to the persecuted? These bloody riots also illustrate why the Citizenship Amendment Act is reasonable.

After violence in the capital and some other parts of the state where protesters pelted stones and torched vehicles, police on Thursday evening said the situation was “under control” and there was no need for panic…

…During the protests in the city, the police post at Satkhanda was set afire and another in Madeyganj damaged.

Media vans and other vehicles were targeted during the protests in Lucknow, mainly in its old city.

Protesters defied prohibitory orders and hurled stones at the police at scattered places in city, triggering lathi-charges and the use of tear gas…