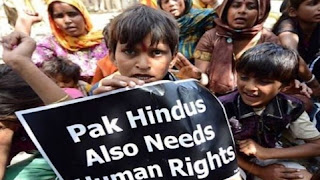 Gift of Indipendance day for hindus in Pakistan

10 Members of Hindu Bheel community converted to Islam in Rahimyar Khan,Punjab. This is the only District in Punjab where Hindu, sizeable population exist. Its hard to find a Hindu in all other 35 Districts.They are litterly vanished.

In another incident194 Members of Hindu Bheel Community converted to Islam in Sadiq Abad, Rahimyar Khan, Punjab- Pakistan. There were total 82 families of Hindus ; 80 of them are converted to Islam. Hindus ; various religions are at the edge of extinction here