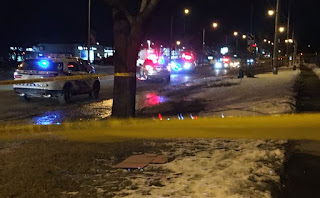 Toronto police say a man has been charged with first-degree murder after allegedly attacking a woman with a hammer on Friday.

They say the incident happened in Toronto’s east end, when the woman was walking on a sidewalk.

Police initially said the woman suffered a gunshot wound, but in an update Saturday said that was not the case.

The victim has been identified as 64-year-old Hang-Kam Annie Chiu.

Police say the accused, a 30-year-old local man, turned himself in to police.

He appeared in court to face the murder charge on Saturday.