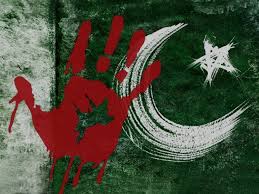 Pakistan ; its NGOs since 1947 surviving on Aid by Non-Muslims. But when poor Pakistani Non-Muslims need help,they simply told that its forbidden in Islam to help a Non-Muslim when a Muslim Brother is in Need too. NGOs giving food to Muslims but beating Non-Muslims when they ask.