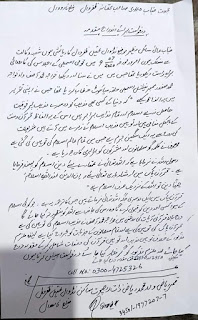 This is the level of intolerance against non-muslims in Pakistan.

If they don’t spare the most influential figures for even small statements, what about poor non-muslims?

This country have no place for other religions. Sooner or later everyone have to leave, convert or die

Ex-Minister of Foriegn Afairs, now MNA, Khuwaja Asif is facing charges of Blasphemy against Islam punishable by death just for saying that all religions are equal. The applicant says that stating Islam equal to other religions is an unforgivable crime inSharia, Quran ; Sunnah.