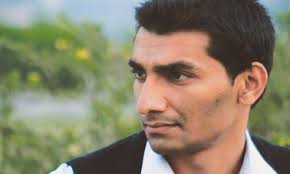 Blasphemy accused Junaid Hafeez, who has been in prison for more than 6 years, has been sentenced to death by a local court in Multan.

The convict, a Fulbright scholar, was accused of blasphemy on social media by a religious group at Bahauddin Zakriya University in Multan, where he taught.

Hafeez’s lawyer had told Naya Daur in September that the prosecution was trying to swing the case in their favor and get him convicted by hook or by crook. The prosecution was also allegedly using delaying tactics so as to avoid the verdict. They were also reports of the judge being pressured by a group of lawyers who wanted Hafeez to be convicted.

His first lawyer, Rashid Rehman, was brutally murdered in his chamber at District Court Multan after he agreed to take up Hafeez’s case.His second lawyer withdrew from the case and a third lawyer was threatened at the hearing.