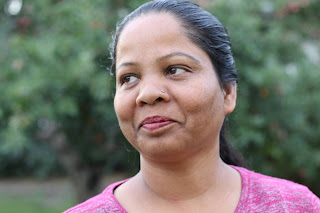 A recent image of Asia Bibi’s used with permission 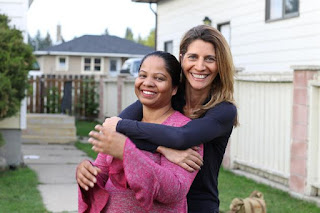 Asia Bibi a mother of two and step-mother to three other children persecuted for her faith in Pakistan and incarcerated under the draconian blasphemy laws of Pakistan, has written her account of what happened in a book co-written by Anne-Isabelle Tollet.  A copy of the book in French can be bought on Amazon an English translation will be available from September.In a press release Asia Bibi wrote:“How could I ever have imagined that I at my age will become an international symbol for the fight against religious extremism!“The great day finally came when I was acquitted by the Supreme Court of Pakistan. It was the 31st Oct 2018.“Yet I had to wait another six months before leaving Pakistan to fly to freedom.“Without your prayers and your support for my freedom throughout these 9 years throughout the world I would never have been acquitted.“But my story has always been told by the media.You are so far from the reality, and this is why in my book I will tell you everything”.A simple peasant woman from a tiny village in Pakistan, freed from death-row after 9 years, testifies and shares her message with the world today.  BACA are being sent a complimentary copy of Asia Bibi’s book and will be writing a review on our blog in the next few weeks. Asia Bibi was eventually released from Multan Pakistan after close to 10 years incarceration of which 8.5 years were in solitary confinement.  The fight for her freedom drew in international campaigners and we the British Asian Christian Association contributed £6000 towards the costs of a solicitor and provided much other assistance.  Here is a short time line.8th May 2019 – Asia Bibi flys from Pakistan to safety in Canada (click here)29th January 2019 – Asia Bibi is declared innocent and free by Pakistan’s Supreme Court again after petition against initial acquittal under Pak-Government duress (click here)15th November 2019 – MP Rehman Chishti has stepped down as Vice-Chairman of the Conservative Party and PM’s Trade Envoy to Pakistan citing failure for Britian to offfer asylum to Asia. (click here)10th November 2018 – Asia Bibi still not sure if she is free as a petition submitted by Tehreek -e-Labiak an extremist groups places her on no-fly list and results in an unheard of appeal against a Supreme Court decision. (click here)8th November 2018 – Asia Bibi is released from Multan Prison (click here)6th November 2018 – Riots erupt across Pakistan led by Tehreek-e-Labaik – demands for Asia’s death heard across Pakistan.31st October 2018 – Asia Bibi is exonorated for the first time by Pakistan’s Supreme Court.14th October 2018 – Asia Bibi freedom video goes viral admist calls for her death (click here)13th October 2018 – Islamists call for Asia Bibi’s death after date for Supreme Court Appeal announced (click here)12th October 2018 –  Brave teenager Hannah Chowdhry of BACA and Eisham Bibi daughter of Asia Bibi speak at Westminster event days after release of Asia Bibi appeal hearing date (click here)13th October 2016 – Asia Bibi’s original Supreme Court Hearing adjourned after frightened judge abstains from role and quits two weeks later (click here)16th October 2014 – Frightened judge refuses High Court appeal and blames ‘technical issues’. (click here)8th November 2009 – Asia Bibi Convicted of blasphemy and given death sentence – her solitary confinement begins.31st August 2009 – BPCA formed and our efforts to release Asia Bibi begin.19th June 2009 – Asia Bibi was arrested for Blasphemy for drinking from the same well as Muslims and saying whilst be tortured and abuse; “My Christ died for me what did Muhammed do for you.”Two politicians were assassinated by extremists because they called for freedom for Asia Bibi one was Shahbaz Bhatti the only Christian ever to be elected onto Pakistan’s federal ministry (click here), the other was former Governor of Punjab, Salman Taseer a practising Muslim (click here). The murderers of Shahbaz Bhatti were never captured and it is believed that police colluded in their escape from justice.  The murderer of Salmaan Taseer was revered as a national hero by the majority of Pakistan’s citizens and riots brought the country to a standstill after he was finally served his death sentence and hanged (click here).Such was the hatred for Asia Bibi in Pakistan that Judges balked at giving justice (click here) and riots after her freedom brought the country to a standstill once again (click here).Pakistan is a nation where Islamic fundamentalism is rife and the mere accusation of a blasphemy can lead to extrajudicial killings – a Christian couple were burned alive in a brick kiln after one such attack (click here).Juliet Chowdhry, Trustee for BACA, said:“Seeing the gleaming smile on Asia Bibi’s face brings a tear to my eye.“I have continued to pray for her and her family’s safety even since they got to Canada and was fearful that over protection would reduce her quality of life.“Today as she steps out of the shadows I feel proud of her stoic and resolute faith despite her traumatic experiences.“Her fortitude and bravery throughout the last 10 years are a testament to mankinds ability to overcome all obstacles through God.“We pray her words shape freedom for the many other victims of Pakistan’s blasphemy rulings, as they languish in subhuman conditions imposed by undivine laws.”There are many more blasphemy victims that suffer in Pakistani jails across the country and British Asian Christian Association, prays that Asia Bibi’s new book will remind people of the many others who suffer without voice.